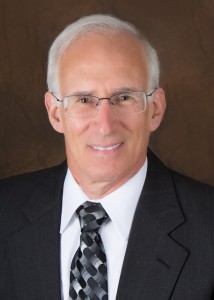 Thomas Piazza is a co-owner, President and Chief Executive Officer.

Tom, an Aurora, IL native is a degreed meteorologist and has been with Murray and Trettel and Weather Command since 1975. Tom has more than 40 years of experience in the field of meteorology with more than 25 years in positions of management. In 1987, he was named President of the Operational Forecast Division. In 1991, he was named Executive Vice President of the Company and in 2001 he became the President and CEO. In addition to his administrative responsibilities as President, Tom earned the American Meteorological Society (AMS) Certified Consulting Meteorologist (CCM) designation, earning CCM # 661 in 2010. He provides expert testimony and reports for a variety of legal cases. Tom is also the CIO of the company handling all aspects of information technology, computer systems and applications.

Tom spent four years as a Weather Officer in the U.S. Air Force in the early 1970s. Tom received a Bachelor of Science degree in Aviation Meteorology from Park College of Aviation at St. Louis University.