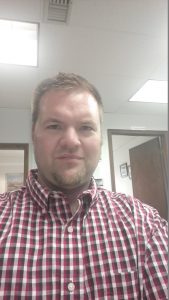 Ross Braatz is a Staff Meteorologist

Ross was born and raised in Menomonee Falls, WI. He became interested in weather at the age of eight during a summer severe weather event. In 1990, he moved to Hawaii with his Mom and nearly missed the devastating effects of Hurricane Iniki in 1992. As years passed, he become most and more interested in all aspects of weather and became very passionate about atmospheric science. He took that passion and drive and attended the University of Wisconsin-Madison and earned a Bachelor’s Degree of Science in Atmospheric Science. Ross was hired as a Staff Meteorologist for Weather Command in July 2017. Ross’s Quote: “You can do anything you put your mind to. I am living proof!”