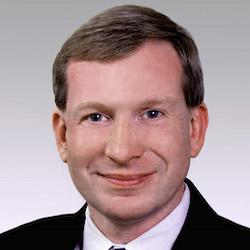 John Boyle is the Executive Vice President and Director of Sales and Marketing.

John, a Boston, MA native is a degreed meteorologist and has been with Murray and Trettel and Weather Command since October 2014. John’s main focus is on building stronger customer relationships with current and new clients. John is also overseeing product development in the operations division. John is a member of the American Meteorological Society (AMS) and holds both the “Seal of Approval” for excellence in radio and television weathercasting. In 2010, John was awarded the AMS “Certified Broadcast Meteorologist” (CBM) designation. John is also a member of the National Weather Association (NWA) and has received their “Seal of Approval” for television weathercasting.

John started his weather career in 1987, first as an intern at WBZ-TV in Boston. He later became an assistant meteorologist and weather producer at the station. Between 1988-1992, John’s voice could be heard across the country while doing radio forecasting for Weather Services Corporation (WSC). While at WSC, John would occasionally forecast the nation’s weather for the USA Today weather page. Other weather positions included weather observing for the National Weather Service and installing weather computers for television stations nationwide for WSI Corporation. On-Air work included stints at WNDS-TV in New Hampshire, WMTW-TV in Portland, ME, WLVI-TV in Boston and WJAR-TV in Providence, RI. John spent nearly 8 years as the weeknight meteorologist at CLTV NEWS in Chicago from 1995-2003. Most recently he has held positions at WIFR-TV in Rockford, IL and WBBM-TV in Chicago as an On-Air meteorologist as well as a weather and traffic producer. John received a Bachelor of Science degree in meteorology with a minor in computer science from the University of Lowell in Massachusetts.

John has been a member of the National Ski Patrol for over 30 years. He helps injured skiers and promotes ski safety to the public. John’s other hobby is music. John has been a drummer most of his life and continues to play on the worship team at his church. John spent 13 years as a leader with the Boy Scouts of America (BSA) and is a two time recipient of the Silver Acorn Award for excellence in leadership and service to the BSA. John maintains his certification for weather observations with the FAA.