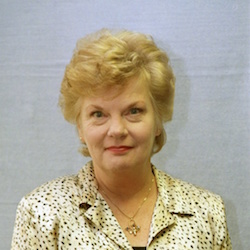 Barbara Diehl is the Director of Office Management.

Barbara, a Chicago native has been with Murray and Trettel and Weather Command since 1996. Barbara’s main focus is Accounting and HR Management.

Barbara is an RN graduate of Evanston Hospital School of Nursing, an affiliate of Northwestern University. After graduation, Barbara worked as a Psychiatric Nurse and then Assistant Head Nurse in the Secure Psychiatric Unit of Evanston Hospital. Following that Barbara worked as a Psychiatric Nurse Clinician at Lutheran General Hospital. In 1981, with a newborn daughter, a three year old daughter, and a six year old son, Barbara decided to take some time off of work outside of the home. In 1986 she began working for Maine Printing in Niles as an Administrative Assistant. In 1989 she and her co-worker left Maine Printing to start their own printing company, Diehl Winters Press. They sold this company in 1995 and shortly thereafter Barbara joined the staff of Murray and Trettel and Weather Command.

In her spare time Barbara and her husband enjoy spending time with family and friends at their second home in Lake Geneva, Wisconsin.