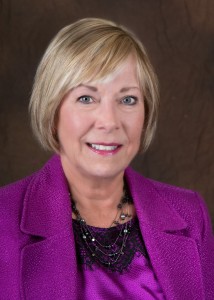 Diane Clarke is a Senior Meteorologist

Diane, a Chicago area native is a degreed Meteorologist and has been with Murray & Trettel,
Inc. since 1994. Diane is a Senior Staff Meteorologist with a specialty in broadcasting and has
more than 37 years of experience in the field of meteorology. Diane is a member of the
American Meteorological Society (AMS), National and Chicago Chapters.

Diane received a Bachelor of Science Degree in Aeronautics, Major Meteorology from Parks
College of St. Louis University. Diane’s interest in weather began at a young age with a
fascination with severe weather. Diane’s weather career began in college working as an
assistant to the forecaster at Weather Corporation of America in St. Louis and as a NOAA
Weather Radio Network broadcaster for the National Weather Service in St. Charles, MO. After
graduation she was a forecaster and producer of weather for the 5PM, 6PM & 10PM television
newscasts for WLS-TV, Chicago, IL thru Mesomet, Inc. It was at Mesomet, Inc. where her
broadcast career began. In 1980, Diane moved on to Central Weather Service in Wheeling, IL
where for 7 years, her voice was heard over 50 radio stations nationwide, including Canada. She
also gained experience forecasting for aviation, agriculture, commodities, marine, sports, snow
removal and movie productions. In 1987, Diane joined WGN-Radio, 720AM in Chicago, IL as a
broadcast meteorologist where hear voice was heard across the Midwest as well as the country
on the International Truckers Radio Network.

Diane enjoys working out, listening to music, cooking and quilting in her spare time as well as
bike riding and traveling with her husband.